Your cart is currently empty

Just minutes away from several well established bicycle destinations in the North Eastern United States including the Millstone Trails. Vermont Bicycle Shop offers service solutions and experience with the most high end, and technically advanced cycling products as well as a quick pump-up for the neighborhood kids' bicycles.

Just minutes away from several well established bicycle destinations in the North Eastern United States including the Millstone Trails. Vermont Bicycle Shop happily offers service solutions and experience with the most technically advanced cycling products as well as a quick pump-up for the neighborhood kids' bicycles.

As a child Darren saw the bicycle shop as a steward and ambassador to the community. Much in the same way as the hardware store, the barber, and the coffee barista; to him the bicycle mechanic was an important person, a role model.

Vermont Bicycle Shop was registered as a business in 2014. Originally when Darren moved to Vermont he had planned to find a small community to open a bicycle shop and live. After moving to Barre Darren met the owner of a local bicycle shop and agreed to partner and run the store for a season. The location at the top of Millstone Trails was scenic and made for a wonderful bicycle commute home.

It served as a confirmation for Darren that he was ready to to fill the shoes of the community bicycle shop owner.

After a year in business Kris joined the team. Quickly finding success and building up his own list of certifications Kris has become a staple of the Vermont Cycling Community. In May of 2019 Kris founded the non-profit Pride Rides VT. Focusing on expanding inclusivity to bicycling in Vermont for LGBTQIA+ people for both new and experienced riders.
Kris is an avid mountain biker, and experienced bicycle commuter, and bicycle adventurer.

Vermont Bicycle Shop continues in the tradition of the local Vermont businesses in downtown Barre and Barre Town in serving the community. Vermont Bicycle shop offers community resources and discounts to volunteers who serve the Millstone Trails Association and other volunteers in the surrounding community.

With numerous certifications, nearly 20 years of professional bicycle service, and with a firm grasp of both the latest technologies as well as the long standing traditions in servicing bicycles Vermont Bicycle Shop provides expertise and friendliness in servicing your cycling investments.

"There are a lot of great places for Vermonters to find bicycles and service, so thank you to our customers for choosing and trusting our shop!"
-Darren Ohl, Owner

Darren Ohl has worked and managed some of the country's most successful bicycle retailers. Darren has travelled the world as a professional race mechanic and has also been the private mechanic for professional athletes and world champions.
He was the first Professional Bicycle Mechanics Association recognized bicycle mechanic in Vermont. He has traveled the world with professional bicycle racing organizations as a team mechanic. He has been the personal race mechanic for national champions and world champion contenders, for Kona Ironman and Ironman triathlon champions, for national cyclocross champions and cyclocross worlds contenders. Darren has been the support person for private cross America bicycle tours.

Darren is a certified fit expert with over 1200 bicycle fits under his belt. He has utilized and trained with many different fit technologies over the course of more than 15 years.

Darren enjoys everything from leisurely road bike rides to week long mountain bike adventures. Darren has also been spotted at a few skate parks from time to time.

Darren is a contributing community member to Barre, VT where he lives with his wife, two dogs, and kitten. He is an active volunteer in the community and in the past has served on the Millstone Trails Association Board and on the Barre Partnership Board. 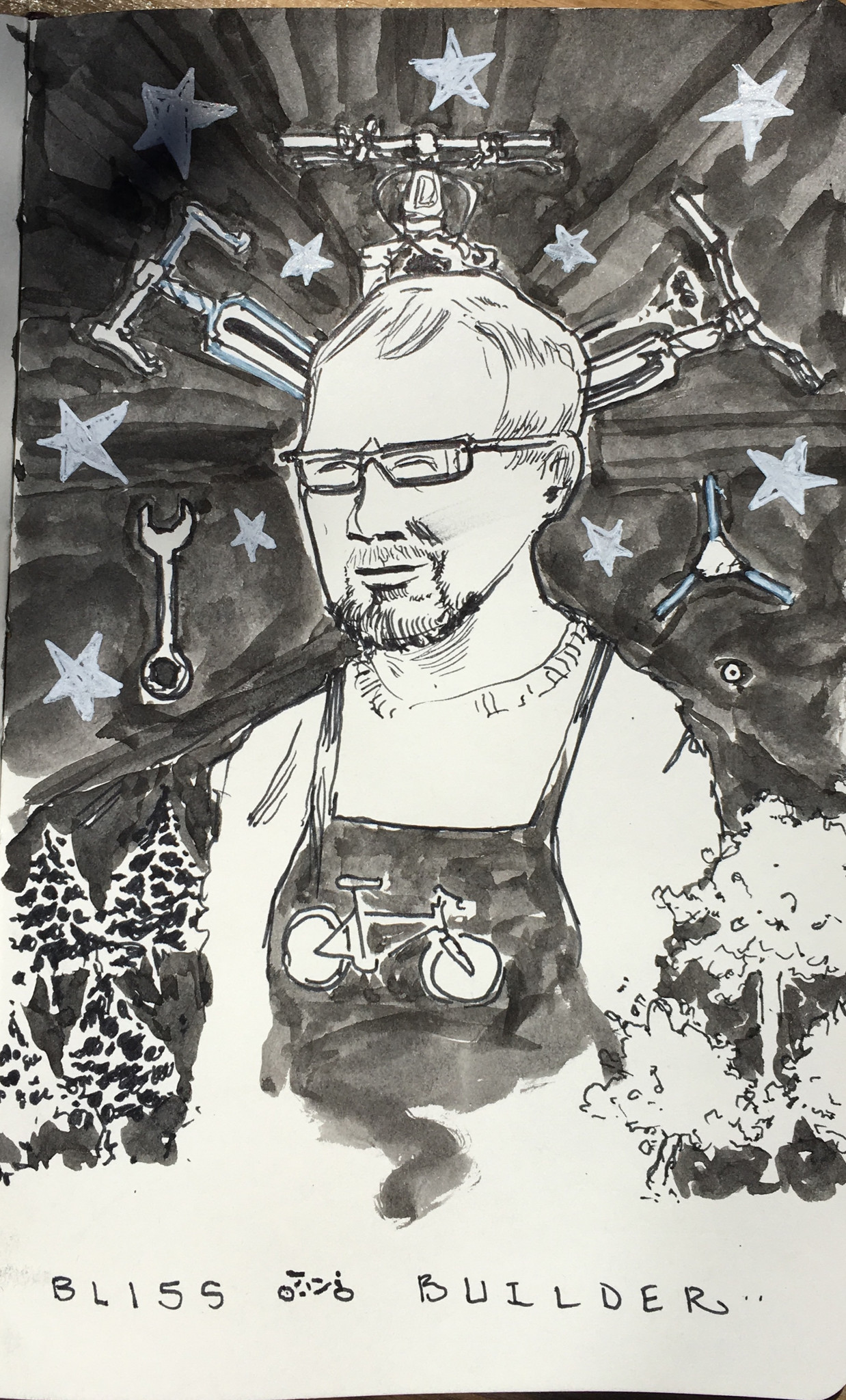 We've recently gotten a lot of great attention from the press, including this article in The World! You can check out all the great press on the Press page.